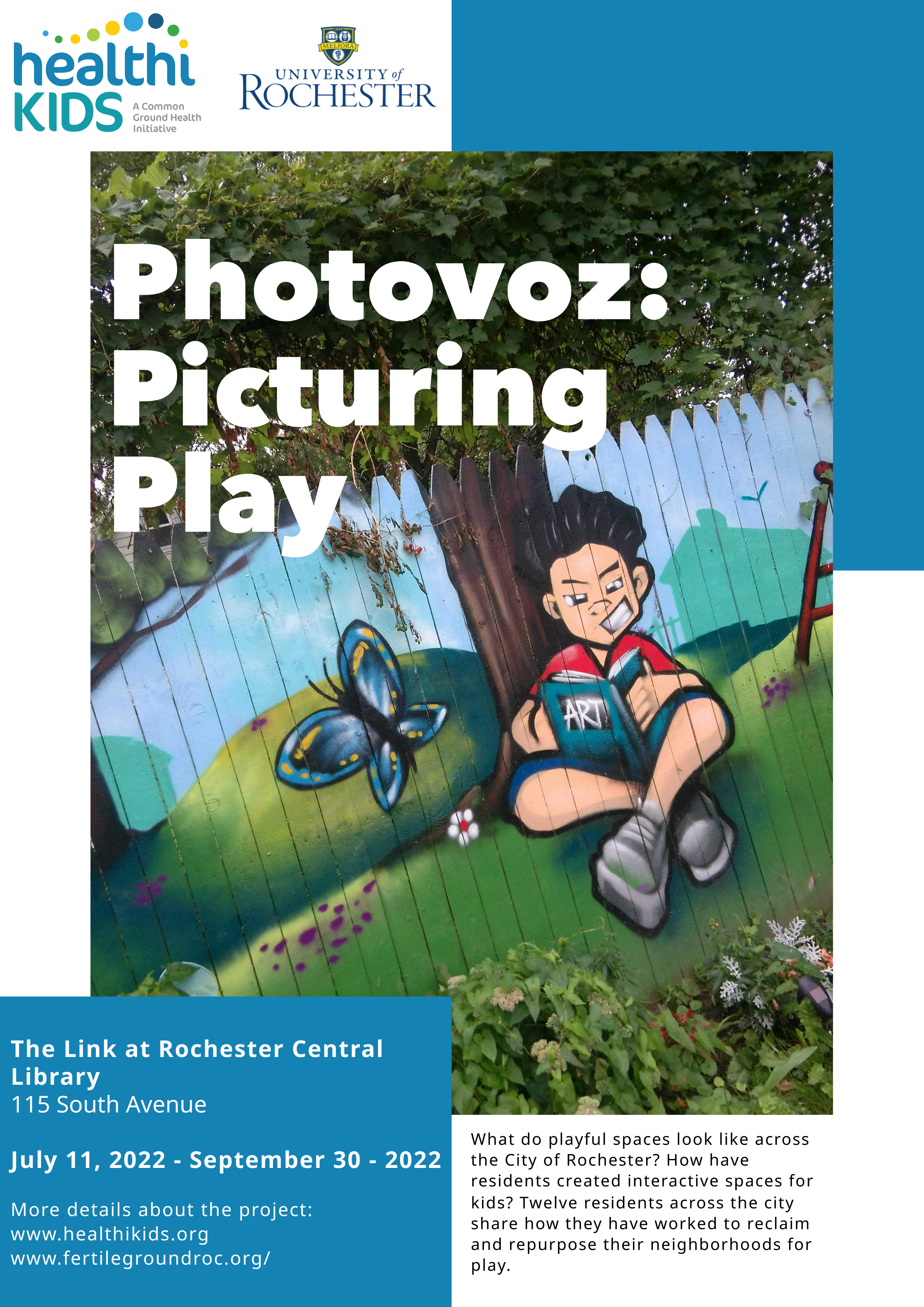 Originally developed to aid in public health research, “photovoice” is a research method that enables participants “to promote critical dialogue and knowledge about personal and community issues through group discussions of photographs” (Wang 1999). Participatory photography is an important intervention for sharing the power of representation. In photovoice, a group of participants is given cameras and a set of prompts in order to visually capture elements of their social and physical environment.

This photovoice project began in 2019 as a collaboration between Dr. Kathryn Mariner an anthropologist at the University of Rochester and the Healthi Kids Coalition interested in supporting resident-led play initiatives in Rochester, New York. A dozen residents across three Rochester neighborhoods (El Camino, Beechwood, and Swan/Changing of the Scenes) participated in the study by using kodak printomatic cameras to visually capture elements of their surroundings in response to the following prompts:

This exhibit provides a glimpse into how participants claim space for community in order to activate a sense of place and cultivate a commitment to playful lives.

This project has been supported by the Greater Rochester Health Foundation, the Provost’s Office and the Humanities Center at the University of Rochester, the Institute for Citizens & Scholars (formerly the Woodrow Wilson Foundation), and the Wenner-Gren Foundation.